Our Beginner’s Guide to Speaking Sneakers 101

Every culture has terms that perhaps no one else understands. To help you guys out, here’s some of the terms in the sneaker culture you should get yourself familiar with:

Deadstock – DS – Is one of the most common terms used amongst sneakerheads. It implies that the shoe up for sale is brand new and never worn or tried on.

Very Near Deadstock – VNDS – If a shoe is worn slightly but is close to deadstock condition.

Near Deadstock – NDS – If a shoe is worn consecutively and shows slight wear but can pass as deadstock if cleaned and worked on.

Limited Edition – LE – A shoe that is produced in limited quantities and is only available through a select few retailers.

Player Exclusive – PE- A shoe that was produced under the supervision of a specific athlete and customized with certain colors or patterns that are designed accordingly to the athletes team or country affiliation.

Original – OG – A shoe that was introduced before a retro version was released. This term is best associated with Nike shoes.

Air Max – AM– Nike initially introduced the the Air Max technology in 1987 on the Nike Air Max 1. The shoe is supported by an air cushioning that is placed underneath the foot.

Special Edition – SE – A shoe that celebrates a certain occasion and is released in limited quantities. This term is best associated with Nike shoes.

ACG – All Conditions Gear – Is a collection produced by Nike focusing on outdoor sports such a mountain climbing, hiking and long distance walks. The ACG collection is best known for incorporating materials that comply with various weather conditions.

Jordan Brand – JB – A shoe line based around Michael Jordan. Shoes part of the line are also associated with the Air Jordan trademark.

No Fly Wire – NFW – Futuristic Nike models have incorporated the special flyer wire material, several pairs that are associated with the material were not produced with it and were categorized by NFW.

HTM – A set of shoes designed by Hiroshi Fujiwara, Tinker Hatfield, and Mark Parker. HTM is the first letter of each designers name.

Defining Moments Package – DMP – A package which consisted of an Air Jordan XI and Air Jordan VI, the release celebrated two pivotal points in Michael Jordans career. The package was limited and is a highly sought after item.

Air Force 1 – AF1 – One of the first trend setting shoes that comes in a traditional white/white colorway and over 3000+ random colorways. The shoe is produced by Nike and is one of the best selling shoes of all time.

Grade School – GS – Shoes produced for infants and children. A term that was invented by Nike.

General Release – GR – A shoe that is made available by most sneaker retailers, it is not a limited model and can be obtained quite easily when released.

Blue Ribbon Sports – BRS – The original footwear company started by Phil Knight. It would eventually lead to the establishment of Nike.

New In Box – NIB – Shoes that are never taken out of original packaging and are offered to consumers using the aforementioned terminology.

Collaboration – X – It is common amongst footwear companies and streetwear brands to collaborate on projects. To symbolize the combination an X would be used between the two company names I.E. adidas x 10 Deep.

Heat – Hard to find shoe models that are no longer available in retail stores.

Holy Grail – A shoe that has both sentimental and monetary value to the owner and supersedes the rest of the shoes in ones collection.

Sample – A shoe that is used for either promotional or wear test purposes.

Prototype – A sample that is never released to the public and is typically used for wear test purposes.

B-Grade – A shoe with flaws that is made available at manufacturer outlet stores.

Beater – A shoe that is worn on a daily basis without care.

Retro – A shoe that is re-released and molded to the specification of the original model.

Quickstrike – A shoe that is released in limited quantities in specialized retail stores.

Hyper strike – A shoe that is released in extremely limited quantities and is not advertised or promoted till the shoe is made available to the public.

Bred – A Jordan shoe with a black and red colorway.

P-Rod – A line of shoes themed behind skateboarder Paul Rodriguez.

Hype – A shoe that receives a lot of attention before the actual release date.

Hypebeast – A person who takes the street wear culture up a notch and wears some of the most expensive and sought after items available.

Brody Miller is an 11-year-old from Portland who battles with a rare brain condition every day. But that doesn’t stop him from pursuing... 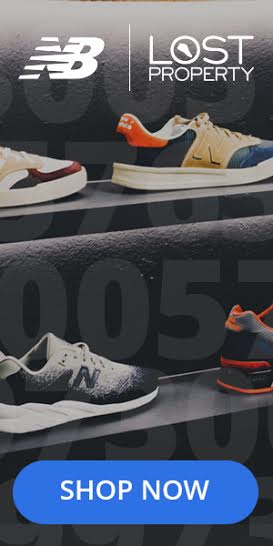